The Google of Shopping 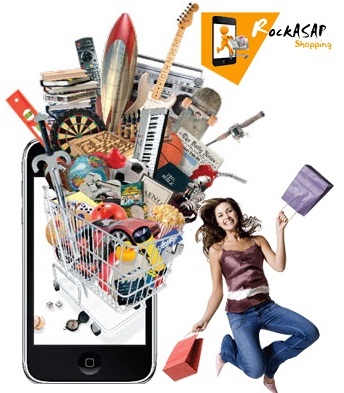 Reverse-auction shopping websites have been around for some time, but never really entered the mainstream. However, this might be about to change. One company intends to bring reverse-auctions to the masses and overtake eBay as shopping portal of choice.

DubLi was founded in 2003 by Michael Hansen with the goal of being an exciting, recognised global auction house. DubLi has set up a huge online shopping portal like eBay, Amazon, Google & Yahoo in several regions around the world. DubLi was successfully launched in Europe in 2006, the United States in 2008 and Australia & New Zealand in 2009 and is now coming to Singapore.

As part of its expansion plans, DubLi recently merged with MediaNet Group Technologies, the largest online mall and affinity program platform and is now listed as a wholly-owned subsidiary of MediaNet.

The DubLi reverse-auctions work like this: Every time someone uses an 80 cent credit at the auction to view the current price of a sale item, the cost of the item decreases by a further 25 cents. Buyers get access to lots of new very popular brand-name products at the absolute lowest prices. Some of the more common products include laptops, digital cameras and iPods, but you can also buy a brand new Mercedes C300 for only $8,000 on DubLi.

The DubLi business model is based on a new concept of riding the social media wave. While eBay, Amazon and Google were made popular by the internet boom, the next wave in the technology cycle is the social media wave with social networking sites like Facebook, Twitter and MySpace. Shoppers on DubLi can get free shopping credits when they recommend the DubLi website to their friends.

DubLi also offers people a unique opportunity to generate extra income through their own lucrative part-time or full-time business by being affiliates. DubLi affiliates have their own unique DubLi shopping website and get rewarded every time someone shops on their website.

After launching DubLi in Australia in November 2009, fellow Singaporean Vanya is now back home to launch DubLi in Singapore. We are holding exclusive talks for only a select group of people from 23-25 Feb 2010. Numbers are limited to 20 per talk.

“We are looking for early adopters of new technology, trend leaders and people who want to be at the forefront of the tech-wave.” Could this be you?

“DubLi’s growth in Europe has already exceeded that of eBay’s when it was originally introduced. It will only be a matter of time when people in Singapore find out about this gem of a website and tweet it to their friends,” says Vanya.

With the number of people in Singapore who love shopping, word is going to get around fast, and you would definitely want to be in the lead.